They would usually join us on a Friday or Saturday night after the late night news, keeping us company through the witching hour, and sometimes scaring the bejesus out of us. 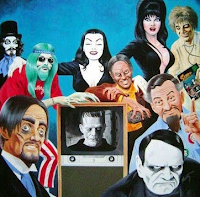 Horror Hosts of the PastAh, what fond memories many of us have of the local TV horror movie show and the host. If he or she were a gifted host, you would wade through the B movie, just to see what they were going to say or do at the next break.
Horror show hosts are an American icon – dressing in costumes and presenting B-grade horror movies to TV audiences late at night was a mainstay in the late 1950’s, 60’s, and 70’s. Every television station seemed to have a “Horror Host” at some point during these years. And it was easy to achieve...

TV Control RoomHorror hosts were usually someone who worked at the TV station; the weatherman was a favorite, a booth announcer, film editor, or cast/crew from the late night news cast. This was low-budget television at its best. 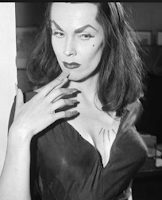 Vampira All you needed was some grease paint, a costume, low lighting, and spooky music to set the mood.  The fact that the host wasn’t afraid of vamping it up was a definite plus. 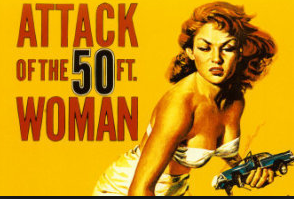 It all began in 1957 when Screen Gems released some old Universal horror movies syndicated to television.  The name given to the show was “Shock” and local television stations were encouraged to use hosts dressed in a horror theme. It was a death-defying hit! 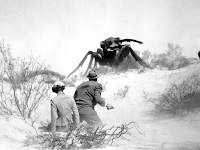 Those Giant BugsThen in the 1960s and 70s, Creature Feature packages were released and included, not only horror films but science-fiction from the 50’s, British horror films of the 1960s, and those great
; ) Japanese monster movies. The tradition continued into the 1980s before dying a slow death with the onslaught of the cable and satellite channels. 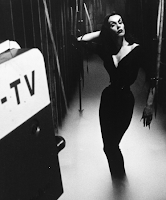 Vampira on Her Skull CouchShe was the original glamour ghoul - The first acknowledged horror host, - Vampira - and she set the stage for what a horror host should be.  Vampira’s show aired in Los Angles on KABC from 1954 to 1955 for a total of 50 episodes.  Vampira, portrayed by Maila Nurmi (1922 –1985) had a pet spider, Rollo. Her spooky costumes were the basis for Morticia of the Addams Family TV show in the 1960’s, and her name was a feminized version of the word vampire.
Watch the open of Vampira’s Show from 1954http://www.youtube.com/watch?v=gs0ehPgyD3U 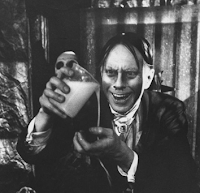 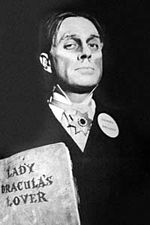 ZacherleyIn the late 50’s, Roland, “The Cool Ghoul” was the host of WCAU’s Shock Theatre in Philadelphia. (Local broadcaster Dick Clark reportedly named the horror host “The Cool Ghoul.”) Actor John Zacherle (1918 -) was hired for the part of Roland and hosted all 92 broadcasts, along with his wife, Joy, who portrayed Roland’s wife, “My Dear,” (whose face you never saw…)  Zacherle left Philly for New York City to host several shows including WPIX’s Chiller Theatre, where Roland became Zacherley and “My Dear” received a name - Isobel.
Zacherle continued appearing as a Monster of Ceremonies throughout the 1980’s and 90’s. But now, at the age of 94, he does limited ghoul appearances.
A show open featuring Zacherley “and fiends.”http://www.youtube.com/watch?v=6f7ad5QmGU0 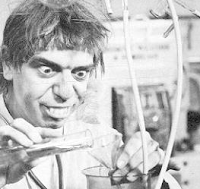 Morgus the MagnificentFrom 1959 to 1962, Dr. Morgus the Magnificent kept viewers in stitches on Morgus’ “House of Shock” in New Orleans, Louisiana. Dr Morgus, portrayed by Sid Noel (1929 -) a local deejay, and his incompetent lab assistant, Chopsley, were always looking for ways to develop intelligence in the universe, with unintentional calamities.
In 1964, Noel went to Detroit to host a horror show there called Morgus Presents. When it went on the air on WJBK, the Doctor had a new sidekick, Armsby. When Noel returned to New Orleans the next year and so did Morgus, where he stayed until he left the show in 1971. 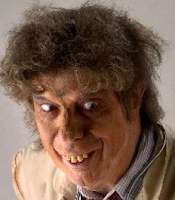 The 1960’s
The 1960’s brought a slew of horror hosts to local and regional television. Among those best remembered: 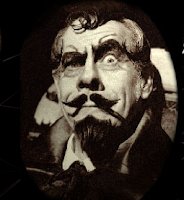 In His CoffinSir Graves Ghastly made his home in Detroit beginning in 1967, when he found a local station had just lost their horror host, Morgus the Magnificent…  Sir Ghastly took a stab at it and continued to haunt audiences until 1982 – a total of 15 spooky seasons. Portrayed by Lawson Deming (1913 – 2007) a television personality, Sir Graves Ghastly was a vampire who worked the afternoon lineup on Saturdays at WJBK, introducing horror movies with his signature evil laugh while the cemetery undertaker Reel McCoy unearthed yet another movie reel from a fresh grave just for you…
Get ready for a Ghastly Intro -http://www.youtube.com/watch?v=A6MFP_LCdkE 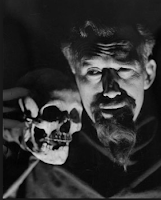 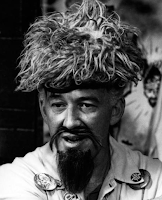 Ghoulardi LaterGhoulardi was the host of Shock Theatre on WJW-TV in Cleveland, Ohio. Portrayed by Ernie Anderson, (1923 –1997) local disc jockey and Channel 8’s booth announcer. Ghoulardi was an irreverent host who enjoyed improvising his lines and poking fun at other Ohio towns (Parma and Oxnard,) along with the unhip, local TV personalities. It was said that station brass lived in fear of what he would say or do on the live late night show. With a fake Van Dyke beard and long lab coat, Ghoulardi, whose name was a pun on the word Ghoul, never failed to entertain his audience. (Comedian Tim Conway was a writer at the station at this time and assisted on the show.)
A clip of Ghoulardi from 1964. (A little Johnny Carson and Johnny Fever ; )http://www.youtube.com/watch?v=U41MxzxvPNA 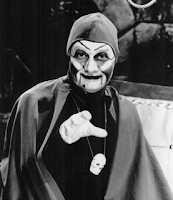 Sammy Terry in His DungeonHorror Host Ghoul Sammy Terry, his name was a play on the word cemetery, introduced horror films on WTTV in Indianapolis on Shock Theatrein the 1960’s and Nightmare Theatrein the 70’s – 90’s. Portrayed by Bob Carter (1929 – 2013), a local television personality, Terry’s campy antics with the audience and his pet spider, George, endeared him to generations of Hoosier horror fans. Carter’s son, Mark took over the role of Sammy Terry and continues to make frequent guest appearances across Indiana. (Robert Carter, the inspiration for this post, died June 30, 2013.)
A classic Sammy Terry intro…http://www.youtube.com/watch?v=hRhTH3M576U 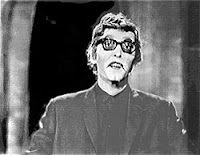 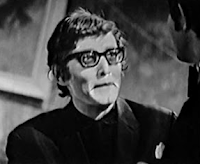 Next week we’ll take a look at the famous and infamous horror hosts from the 1970’s and 80’s. Till then “Happy Hauntings and Pleasant Dreams!”
~ Joy